The RowPerfect3 rowing machine features a floating head design that creates a rowing motion similar to that of single scull rowing, with advanced performance monitoring software to help improve the coordination of your rowing stroke.

But how does this differ from more conventional fixed head ergs like the Concept2, and what studies have been performed to compare the two types of design?

These are two of the questions we’re going to answer in this review, as well as taking a closer look at some of the unique design features that have been packed into the RP3, and the feedback provided by the Session Analysis and RP3W software.

One of the most obvious differences between the RowPerfect3 and conventional rowing machines is the floating head design.

This has been developed to emulate the motion of rowing on the water in terms of the transfer of power through your natural rowing stroke.

Several companies have now developed machines that use water as a form of resistance in tanks, but the frame itself remains stationary while you push through your heels against the footplates.

It’s this pushing against a static object that Casper Rekers, inventor of the RowPerfect, has eliminated with the use of a mass balanced flywheel that glides along the rail in a similar way to the seat.

By displacing the mass of the rower in a way that closely matches what happens in a rowing shell on the water, this improves your coordination when it comes to rowing on the water, and reduces the learning curve considerably. 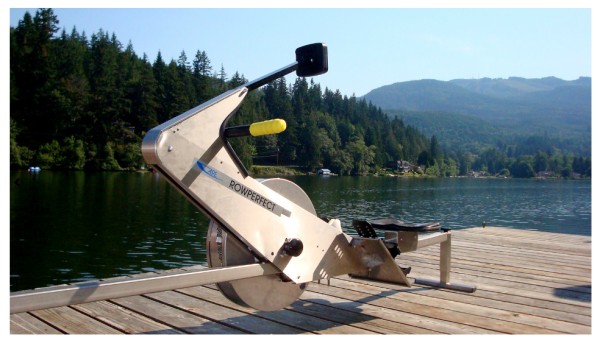 Pressure on the knees and lower back is frequently caused by the slack after the catch of each rowing stroke on fixed head ergs. With the RP3, this is reduced due to the balance of the flywheel carriage against the driving force of the legs.

It’s this double sliding action that’s also responsible for the shorter frame length. Compared to the BodyCraft VR500, the ROWPERFECT3 is a full 12 inches shorter, with a considerably smaller footprint once folded.

Foot plate and handle design
The foot plate design is similar to that of the Concept2, with a variety of height settings to cater for all foot sizes, integrated heel supports, and convenient quick-release straps.

All too often we’ve seen the handle of the rowing machine overlooked, but that’s not the case with the ROWPERFECT3.

We noticed a number of comments in the customer reviews for Lifecore’s R100 that noted the handle as being too thin, so it’s certainly an important feature to get right.

As well as having a larger diameter than that of the R100, the coating applied to each grip section has also been ergonomically contoured to provide a more comfortable surface to hold onto during longer sessions. 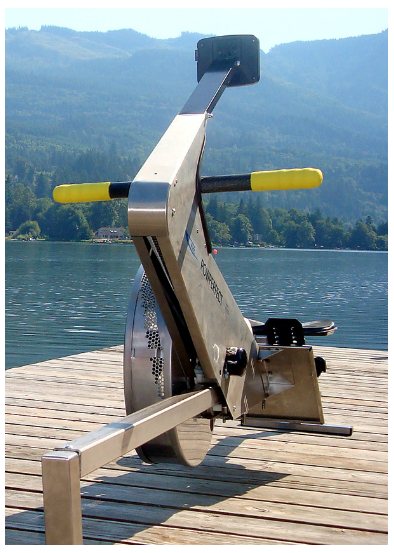 Measuring performance with SEAN and RP3W

The Session Analysis (SEAN) program from Row-Ware is the software used to analyse your rowing performance in a similar way to Concept2’s RowPro and WaterRower’s WeRow.

However, while the SEAN program doesn’t offer the same live online rowing and racing against pace boats like RowPro does, the ability to compare different types of technical stroke data is more advanced.

This is probably due to the fact that even the most recent versions of RowPro are designed as multi-purpose, offering everything from training plans to statistics reporting.

In comparison, SEAN lets you chart different performance metrics against each other to look for potential areas for improvement.

Are you able to maintain power better with shorter or longer strokes over 10,000m? This is something the charting will be able to accurately identify.

You can even view your force curve data for each stroke as you’re rowing, together with a wide variety of useful feedback about your performance. This includes your power, stroke length, distance, stroke rate, 500m split time, and total session time.

Although the default setup for the program will only display 8 cells in the lower portion of the window, you can also create additional cells at the side of the main chart and force curve data. You can quickly change the feedback each cell displays to be any one of 26 different metrics, which are the same metrics that can be used for comparisons in the chart.

Improving crew synchronicity on the water

Rowing machines are traditionally thought of as a form of fitness equipment that can be used to improve your cardiovascular fitness in much the same way as an exercise bike or treadmill.

But this equipment can also be used to improve performance in competitions and events, such as cycle races, distance running, and in the case of rowing machines, rowing on the water.

If you train as part of a crew then you’ll know how important it is to sychronize the rowing strokes, but also how difficult it is to monitor and improve upon.

You need a way to accurately measure the force curve and pace of each individual crew member’s stroke, as well as the crew’s performance as a whole.

The team behind RowPerfect3 have tackled this from two different perspectives. Firstly, you have the option to mechanically couple machines together via a cross bar. These doubles can then be positioned side-by-side to give a very visual indication of how synchronized the crew are in their stroke rate. 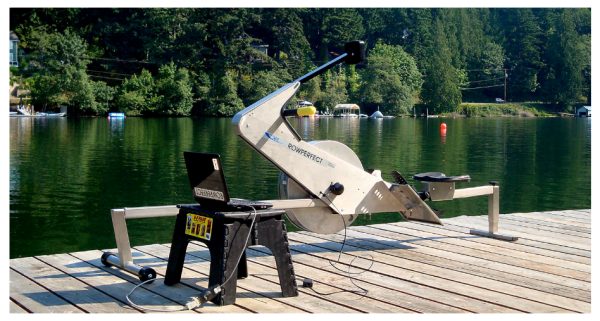 But what about a more scientific approach that actually produces actionable data? This is where the Row-Ware software comes in, with their Session Analysis program being used to record and analyse training session data transferred directly via the RP3 USB interface.

After completing a group rowing session, this gives you the opportunity to review useful information such as force curve data to discover any differences between rowing styles.

Performing this type of test on land rather than on the water also helps to isolate the rowing stroke, without needing to take into account influence from the water or wind.

Measurements recorded by the RP3W and SEAN software are all based on the weight of the rower, which can be defined at the same time as you enter your name and gender before starting a new session.

The training computer will then use this measurement when factoring in the boat and wind resistance to improve the accuracy of the feedback.

If you’re buying a high-end rowing machine, there’s always going to be a certain level of ongoing maintenance.

While the lack of a water tank minimizes what’s required, ROWPERFECT do have a recommended maintenance schedule for keeping the rower running smoothly.

With such a unique design, it came as no surprise to see that the RowPerfect ergometer had been the subject of many scientific studies.

Perhaps one of the most notable was a study published in Sports Biomechanics, which looked to compare the rowing technique on a RowPerfect with that of a single scull.

Eight national-level rowers were asked to row a 500 m distance at rates of 24, 26, and 28 strokes per minute. Body position during the catch and finish, as well as stroke rate and force curves were measured and compared to check for any differences.

The results indicated a clear consistency between the strokes of each subject for both forms of rowing, meaning that your technique on a RowPerfect machine is similar to that of on-water sculling.

A similar study was performed around the same time into whether fixed or floating head ergs represented the safest technique for off-water rowing.

The research team from the Institute of Human Performance in Stanmore had six elite male oarsmen perform two 20-minute rowing sessions on a RowPerfect, measuring effects of fatigue and variation between the athletes.

To emulate the feeling of a fixed head erg, the floating flywheel was then locked in place using a clamp to prevent it from moving.

Stroke length was found to be 5.3cm longer with a fixed flywheel, but this also led to a faster increase in fatigue.

The researchers also noticed that the energy used to change direction at the end of a stroke was six times higher with a fixed head than it was with a floating flywheel design. This additional kinetic energy was something researchers believed was a potential risk factor for injury.

Their conclusion was that switching to a floating flywheel ergo would reduce the risk of injury, but that more research will be needed in the future to examine the various other differences between the two types of machine.

The weight correction software and ergonomics of the RowPerfect3 rowing simulator are frequently checked by company founder Cas Rekers, to ensure that the calculations being used are still accurate.

The RowPerfect3 is warranted against all defects in materials and workmanship for a period of two years after shipment.

The unique design of the RP3 makes it difficult to make direct comparisons to any other rowing machine on the market.

However, when you take a look at the findings from scientific studies that have measured its performance against fixed head ergs and single sculling, the results are certainly encouraging.

The smooth sliding motion of the flywheel carriage and seat helps reduce the impact on your joints at the end of the catch.

Having a slightly shorter frame than some of the more conventional rowers from Bodycraft and Lifecore also reduces the space required.

The software is one area where we were able to make more educated comparisons between the Concept2, and we have to say we were impressed by the level of technical detail available.

Overall, the RowPerfect3 is an innovative design that appears to have a number of benefits of conventional rowing machines, and would be especially well-suited to rowing clubs and crews for off-water training. 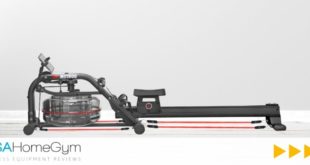 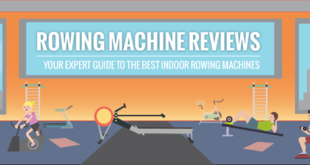 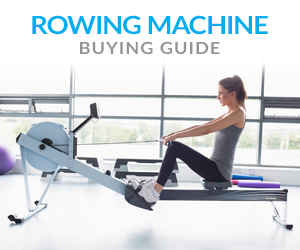